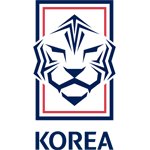 TWO-TIMES World Cup winners Uruguay are many pundits' idea of a decent dark horses shout and they get their tournament underway with a match against perennial qualifiers South Korea.

Diego Alonso's side finished third in their South American qualifying group, but were a long way behind Brazil and Argentina. They also lost six times out of 18, including at Colombia, Chile and Paraguay – none of whom qualified for the Finals.

Additionally, they lost by three goals to Brazil and Argentina, although they seem to have stemmed a leaky defence because they have only lost one goal in their last five friendlies.

South Korea are managed by Paulo Bento and qualified with ease, as they usually do in the Asian route having finished behind Iran. They have now qualified for ten World Cups in a row.

Since a chastising 5-1 hammering from Brazil South Korea have only lost one of their last nine games and their most recent matches have seen them defeat Iceland and Cameroon both 1-0 in friendlies.

The Taegeuk Warriors build-up has been dominated by the fitness of Spurs star and talisman Son Heung-Min after his cheekbone injury but he seems set to make it.

How the bookies view it

The countries have actually met eight times before including twice in the World Cup. Uruguay won both games in the tournament, but South Korea's only win came in the last meeting between the pair in Seoul in a friendly four years ago.

With a combined age of 70, the 35-year-old duo of Luis Suarez and Edinson Cavani will yet again be charged with providing Uruguay with their goal threat. They do after all have 126 international goals between them. Suarez has returned to Nacional to get into top shape for this and he is 2/1 to score.

Son Heung-Min has scored 35 goals for his country and the clever playmaker will surely be the Korean's main threat. The Tottenham Hotspur man is 17/5 to score again on Thursday.

Anything else catch the eye?

One look at the squad lists should explain why Uruguay should win this – they boast stars from the likes of Real Madrid, Barcelona, Napoli, Liverpool and Manchester United, while the Koreans appear to be heavily reliant on Son, with 14 of their squad from their homeland.

The Koreans have struggled for goals and with Uruguay looking more solid, a win to nil for the South Americans at 159/100 looks to be the call.

Their strikeforce may be getting on but they have always know the route to goal and they should be able to score at least two here at 53/50.

Uruguay to win to nil

Uruguay to score over 1.5 goals