Thursday at the 2022 World Cup: Neymar, Cristiano Ronaldo and Heung-Min Son to feature with Brazil, Portugal and South Korea

Thursday at the 2022 World Cup: Neymar, Cristiano Ronaldo and Heung-Min Son to feature with Brazil, Portugal and South Korea

Brazil, Portugal, South Korea and Uruguay get their campaigns under way on a star-studded day five of the 2022 World Cup in Qatar.

Neymar begins his quest to lift the World Cup and become a certified Brazil legend when they begin their Group G campaign at 7pm against Serbia.

It has been another quiet week for Cristiano Ronaldo, who left Manchester United on Tuesday, and his Portugal sidestart by facing Ghana in Group H.

Heung-Min Son, after having surgery to stabilise a fracture around his left eye earlier this month, is fit to lead South Korea in their opener against Uruguay at 1pm. The day begins with Switzerland taking on Cameroon at 10am.

Fernandes: Portugal are not distracted by Ronaldo

Bruno Fernandes insists Portugal are "focused 100 per cent" on the World Cup despite the distraction of Ronaldo's departure from Manchester United.

Ronaldo said it felt like "the right time for a new challenge" after his contract with the Premier League side was terminated.

Speaking at a press conference ahead of Thursday's game against Ghana, Fernandes said: "We are all focused 100 per cent on the national team and the World Cup. We are all aware of what we have to do.

"We are in a championship that is the dream of every player and a competition where every player wants to play."

Asked if he would feel uncomfortable with his former Manchester United team-mate, Fernandes added: "I don't feel uncomfortable, I don't have to pick a side. Cristiano has always been an inspiration for me so it was a dream come true to be able to play with him but we know nothing ever lasts forever.

"It was good while it lasted. We have to respect his decision, whether we agree or not."

Portugal manager Fernando Santos insisted the subject of Ronaldo's move had not been raised among the group, adding: "This is something that has not been discussed when we have all been together. The conversation has not come up at any moment, not even from him (Ronaldo)." 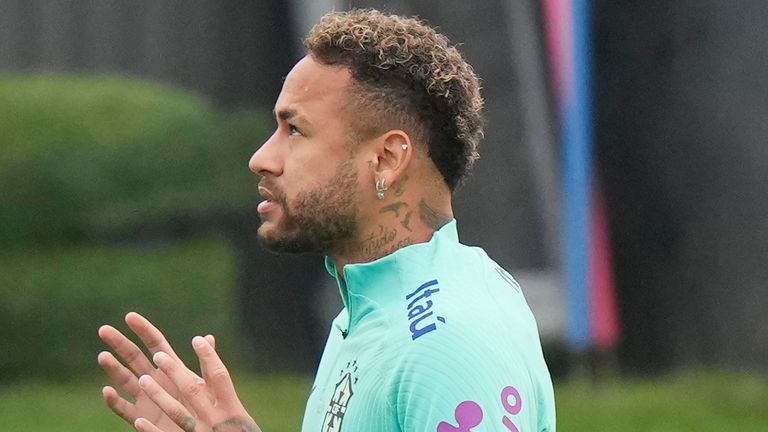 Brazil have no problem being the favourites to win the World Cup and dealing with the pressure must be natural for their players, according to head coach Tite.

"The pressure is natural. Brazil have the biggest history in soccer and with that legacy always comes the pressure," he said.

"We have some of the players that call the biggest media attention in the world so we take it naturally, it's our dream winning a World Cup. Pressure is inevitable." An image of Neymar is displayed on skyscrapers in Doha

Brazil have won the World Cup a record five times and Tite said it is not his responsibility that Brazil have not won the tournament in 20 years.

He said he can only be accountable for the last four years, his only complete cycle since Brazil lost against Belgium in the quarter-finals in Russia in 2018.

"In Russia we only had two years to fix the team and I came to the rescue. Now is different because I had the opportunity the build the team the way I wanted," Tite said.

"That's why my feeling today is completely different than four years ago. I'm not that nervous because all the work has been done." 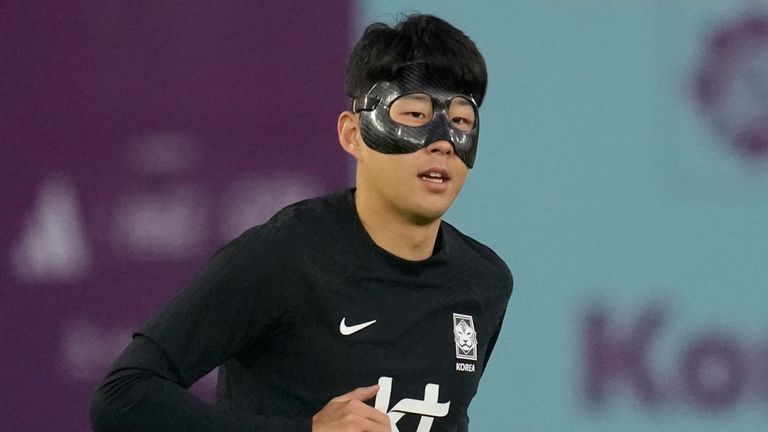 "It is difficult to answer your question," he said in a pre-match press conference. "The question is about Son and we have utmost respect for Son, but they have other footballers and are very well coached with an exceptional starting XI.

"The only advantage we will make here is our football. We will try to be better than them and use our players, not to use the difficulties of the other team."

Alonso also hailed his players as the "best in the world" as they bid for an unlikely third World Cup success.

"Uruguay players are the best in the world, they defend us through thick and thin," he said. "That's the most important tool we have is the feeling the Uruguayan players have, how they identify themselves, the sense of belonging they have.

Yakin: This is the best Swiss side ever

Switzerland manager Murat Yakin said on Wednesday the current national team is the "best that ever existed" and is determined to reach the later stages of the World Cup in Qatar.

Switzerland have progressed from the group stage in three of their last four tournaments, missing out only in 2010.

Yakin, who took the reins last year after Switzerland's run to the Euro 2020 quarter-finals, predicted the country would have its best showing at any World Cup in Qatar, where they will also face Brazil and Serbia in Group G.

"I think that we are seeing the best Swiss national team that has ever existed," Yakin said. "We have improved a lot and now we want to write history. We are not only here to participate. We are here to win and we want to get to the next round."

Heung-Min Son will be fit enough to feature for South Korea in their World Cup opener against Uruguay.

Head coach Paulo Bento confirmed the Tottenham attacker will play with the black protective mask he has been wearing in training since he sustained a fracture around his left eye in a Champions League match against Marseille on November 1.

While Son will feature for South Korea and face Tottenham team-mate Rodrigo Bentancur, his fellow Premier League forward Hee-Chan Hwang will miss out due to a hamstring injury. 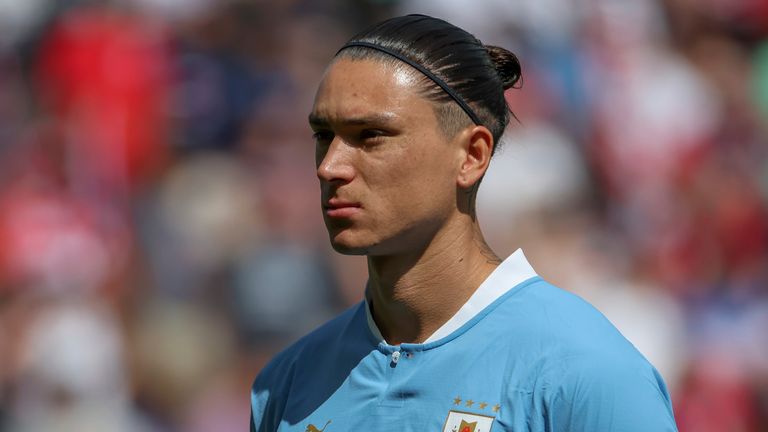 Darwin Nunez is expected to be fit for Uruguay

Barcelona defender Ronald Araujo could be involved for Uruguay after a thigh injury and Liverpool's Darwin Nunez is expected to shake off the minor ankle knock he sustained in training this week.

"In the past four or five days, he has been working with the team," Stojkovic said. "The good news is that he doesn't feel the pain in the area where he had the injury."