Ghana's Inaki Williams (C) celebrates after winning the International Friendly soccer match between Ghana and Switzerland in Abu Dhabi, United Arab Emirates (UAE), 17 November 2022. Switzerland and Ghana were preparing for the Fifa World Cup 2022 in Qatar with their first matches to be held on 24 November against Cameroon and Portugal respectively. (Photo: EPA-EFE/Laurent Gillieron)

Each of the five teams will be looking to go where no African team has gone before at the global showpiece: to the semi-finals and beyond.

Three African teams have made it to the quarterfinals of the tournament in Cameroon (1990), Senegal (2002) and more recently Ghana (2010). 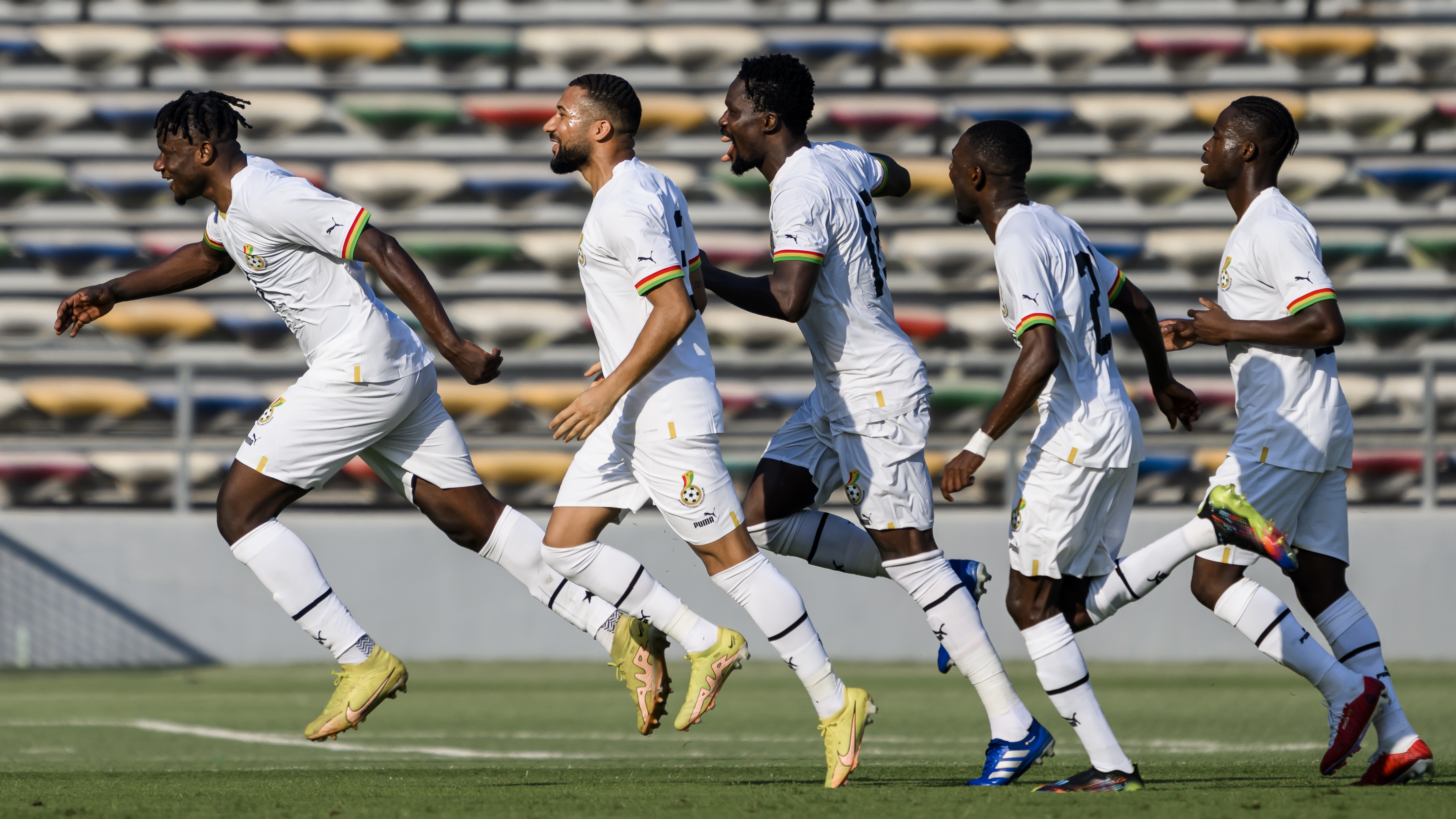 In order to reach the final-16 and then final-eight, you need to beat at least one ‘big’ side during the group stages and that’s exactly what Senegal did in 2002 when they beat World Champions France 1-0 in their first-ever match at a World Cup event.

Former Fulham man Papa Bouba Diop scraped home a tap-in from within the six-yard area at the 30th minute to create history for the Senegalese.

France somehow found themselves at the bottom of Group A after the group stages while Senegal progressed to the next round thanks to draws with Denmark and Uruguay in their two remaining fixtures.

The tournament continued to get better for the west-African nation as they went on to beat Sweden — which contained a young Zlatan Ibrahimović — 2-1 in extra-time.

After reaching the furthest point an African team has ever reached, Senegal were finally eliminated in the quarterfinal stage after being defeated 1-0 by Turkey thanks to a İlhan Mansız extra-time goal.

While Senegal failed to make the final four, their 2002 tournament run was one for the World Cup history books and their opening game defeat of France remains one of the biggest upsets in World Cup history.

Having qualified for this year’s World Cup, Senegal have the opportunity to go just as far as they did two decades ago. Although they will have to do it without star forward Sadio Mane who was recently ruled out due to a knee injury.

However, Senegal will be confident of their chances of getting out of Group A. They open their account against the Netherlands then hosts Qatar before squaring up against Ecuador.

Cameroon were the first African nation to top their group in the World Cup in 1990 after they opened their account by defeating group favourites Argentina 1-0, despite suffering two red cards in the match.

They then went on to defeat Romania 2-1 to all but seal their place in the next round of the tournament. The Cameroonians were humbled 4-0 by the USSR in their final group-stage match but still qualified as group leaders. 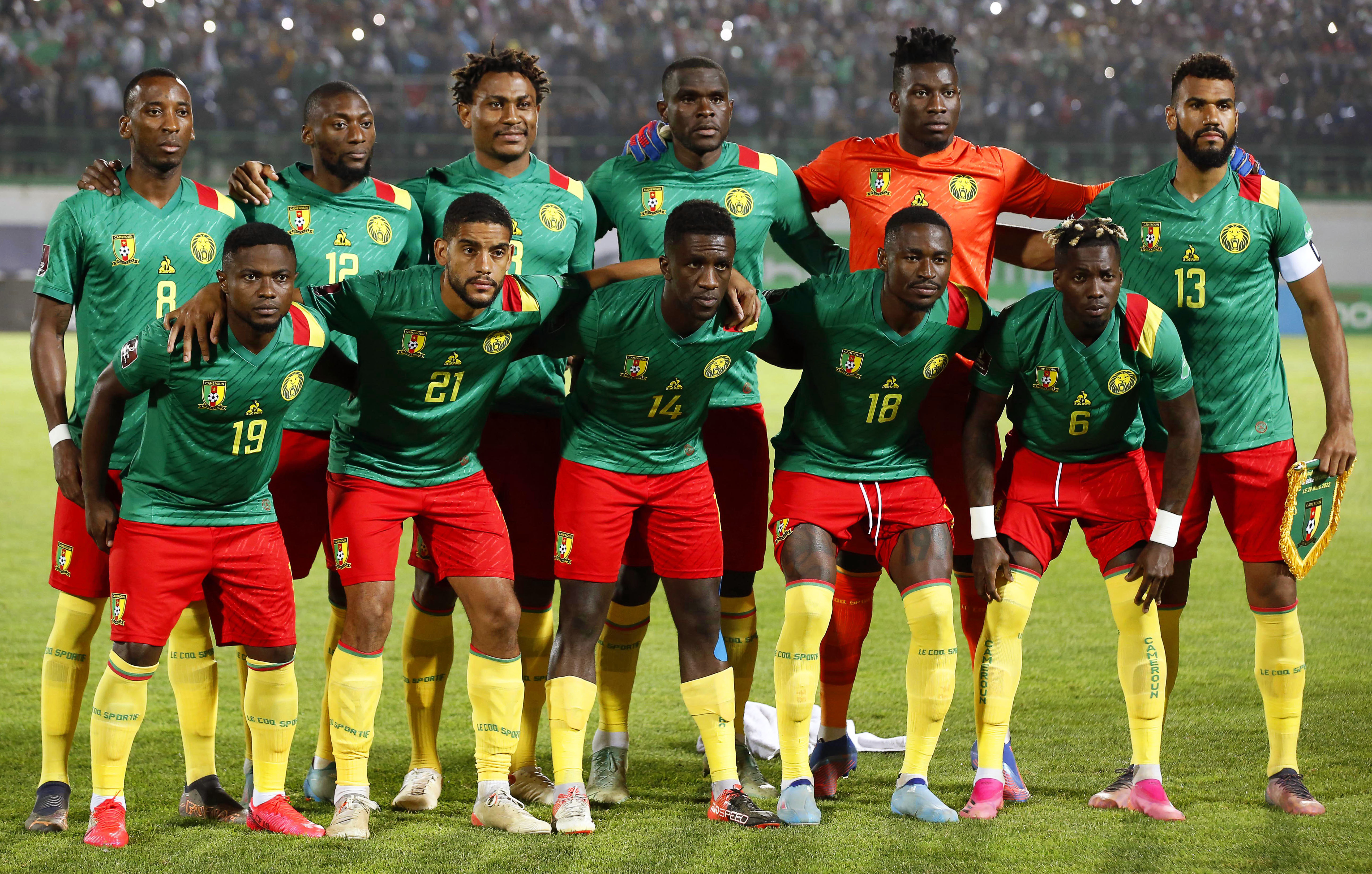 Their round of 16 match against Colombia lasted 120 minutes thanks to a 0-0 deadlock after 90 minutes. But then 38-year-old Roger Milla scored twice within three minutes to seal the Indomitable Lions’ place in African soccer history as the first side to qualify for the World Cup quarterfinal.

Unfortunately, their journey ended there that year after a Gary Lineker penalty in extra-time saw England defeat Cameroon 3-2 in the quarter-final clash.

Cameroon is in a tough group this year with World Cup favourites Brazil. The Indomitable Lions have their backs against the wall before a ball has been kicked in Group G, as Serbia and Switzerland are expected to put their best foot forward against Cameroon who, on paper, are the weakest team in the group.

Luis Suarez and Uruguay broke the hearts of millions of Africans in 2010 when they denied Ghana a spot in the semi-finals when he illegally used his hand to stop a Steven Appiah shot from crossing the goal line.

Ghana had scraped through the group stages of the 2010 World Cup — the first one held in Africa, in South Africa — on goal difference.

They had only beaten Serbia (1-0) while drawing to Australia (1-1) and losing to group winners Germany (1-0). However, their superior defence meant they went through ahead of Australia who finished on the same number of points.

In the round of 16, Ghana needed extra time to defeat the USA but their star striker Asamoah Gyan delivered for them to secure a 2-1 victory.

Their quarter-final clash against Uruguay was equally as tight and also needed extra time. Steven Appiah thought he had scored with a close-range shot but Suarez’s outstretched hand denied the midfielder the winner and the opportunity to become the first African national to make a World Cup semi-final.

Suarez was promptly handed a red card for his effort while Ghana and Gyan were handed a penalty. A penalty that Gyan missed.

The penalty miss meant the sides went to penalties, after extra time. Uruguay beat the African side 4-2 in the resulting penalties to leave African soccer supporters with shattered hearts all over the continent.

Ghana, however, have an opportunity for revenge, 12 years later, when they face the Uruaguans in their final group match. Luis Suarez was selected in this year’s squad and is likely to face a hostile reception from any travelling African supporters.

Group H is a highly competitive one. Ghana’s opening group game is against one of the World Cup favourites Portugal and face South Korea second. DM